PT141 or Bremelanotide is the generic term for a research peptide being studied for its possible use in helping to improve sexual dysfunction in both men (erectile dysfunction or impotence) and women (sexual arousal disorder).

PT141 was developed from the tanning peptide Melanotan 2, which is a synthetically produced variant of a peptide hormone naturally produced in the body that stimulates melanogenesis that is known as alpha-Melanocyte stimulating hormone.
MSH, activates certain melanocortin receptors in the process of exerting its effects. 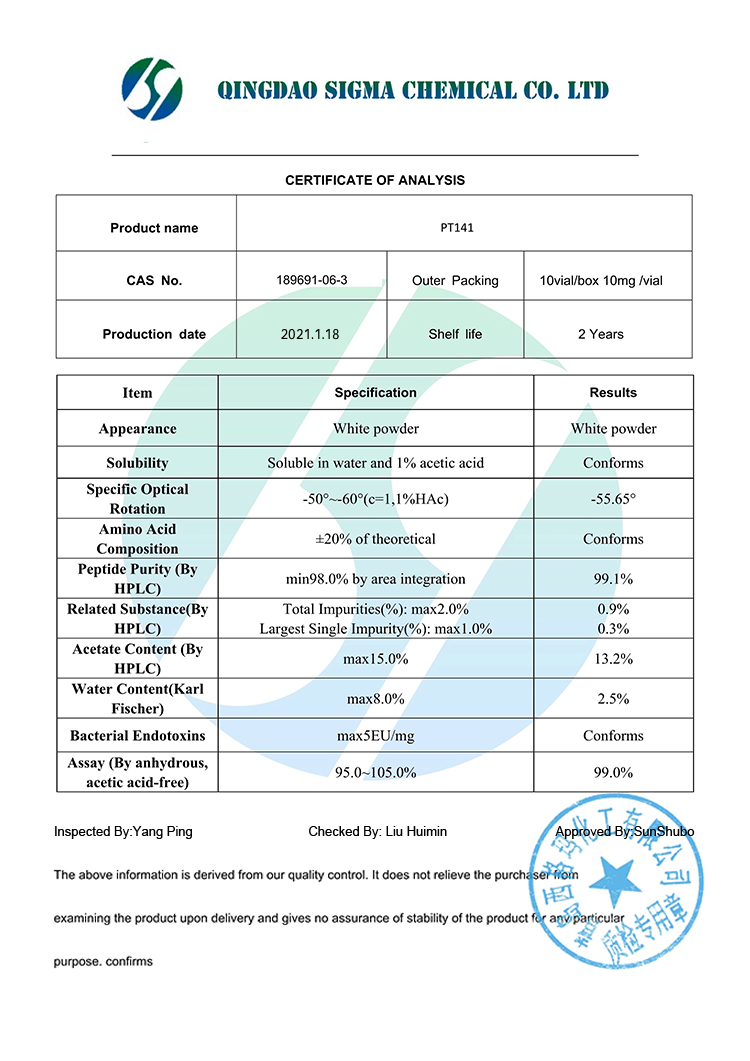 PT-141 is the generic term for a new research peptide for use in helping improve sexual dysfunction in men (erectile dysfunction or impotence) as well as helping improve sexual dysfunction in women (sexual arousal disorder).
PT-141 does not act on the vascular system like the former compounds but it is known and has been shown to help increase sexual activity in both male and female mammals. Bremelanotide PT-141 allegedly works by activating melanocortin receptors in the brain, therefore helping increase ones sexual stimulation.